Storeis is one of the most desired workplaces by Millennials in Italy.

With an average age of 30 and a team made up of 80% of colleagues under 40, in November we were awarded by Great Place to Work® as Best Workplaces ™ for Millennials 2022 with a Trust Index© of 98%. 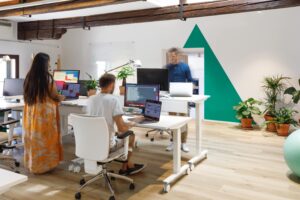 Among over 210 companies nationwide, we have been recognized as one of the best for innovation culture, work-life balance, team collaboration, fairness, and respect. And not only that: we recently won the Smart Working Award 2022, a prize by the Politecnico di Milano as the best initiative in Italy for work flexibility and work-life balance for the SME category.

Work-life balance and flexibility: our success model for happy growth

Liquid work, flexibility, training, and innovation are the key elements that make our model a success and materialize in some good practices that we have always applied to ensure the best possible well-being for our team: 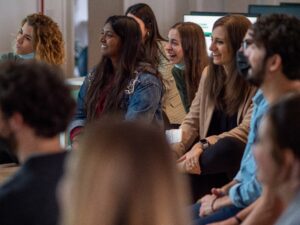 Our headquarters are based in the city of Padua, in a renovated 18th-century building, and have been designed to favor hybrid working; they are inspired by 4 principles in line with our corporate values: generating positive impact, promoting conviviality, enhancing collaboration, and letting creativity flow.

A solid and sustainable growth path

The policies adopted and our philosophy have greatly accelerated company growth: in Storeis we have seen double-digit growth (turnover up 49% at the end of 2021) which was recently also highlighted by the Leader Della Crescita 2023 award promoted by Statista and Il Sole 24 Ore. We were among the first Italian companies among the 500 analyzed for the growth rate of turnover and employees in the period 2018-2021.

This figure was also confirmed by the Campioni Della Crescita 2023 ranking, created by the Istituto Tedesco per la Qualità e la Finanza and La Repubblica, which ranked us among the top 10 consulting companies in the field of digital innovation and 75th among the over 800 participating companies. 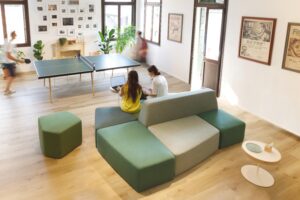 To date, our team has 61 people and in 2023 we want to continue hiring new talents for the team. Here are some of the profiles we are looking for:

If you want to become part of the team, explore all the open positions, find the one that suits you best and send us your application, telling us who you are and what you are good at.

La Repubblica Affari & Finanza and Istituto Tedesco Qualità e Finanza have selected us among the Growth Champions of 2023!

We won the Smart Working Award 2022 for the SME category